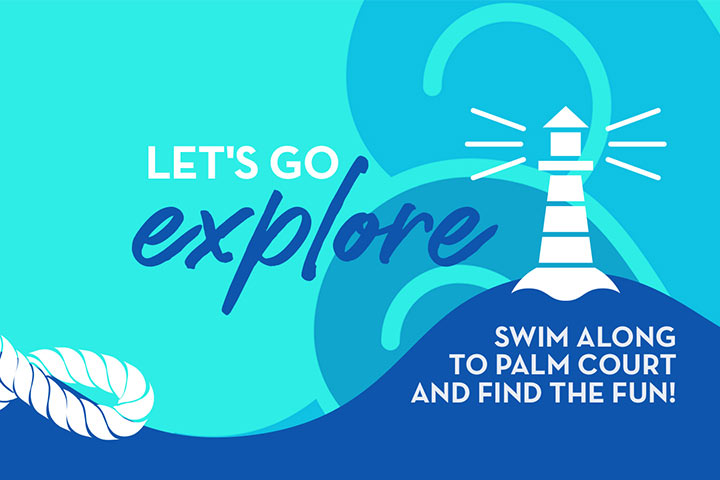 The installation of an imaginative, world-class playground at Gateway Theatre of Shopping takes children from the heights of the iconic uMhlanga lighthouse, to the fascinating depths of the Indian Ocean.

Located in the outdoor Palm Court, the beautifully structured Lighthouse & Ocean Play area, is ideally placed for families to keep an eye on their children while enjoying a meal at one of the many outside restaurants. “Our intention with the Lighthouse & Ocean Play area is to create an engaging setup for kids to explore while their parents relax,” says Gateway Theatre of Shopping General Manager, Feysel Potgieter.

The playground captures aspects of the North Coast’s personality and will be a permanent installation. “It’s aesthetically beautiful and adds to the overall Gateway Theatre of Shopping experience,” says Potgieter. “We are delighted with how our local coastline has been incorporated. The iconic eye-catching uMhlanga lighthouse, the hammerhead shark, yellowfin tuna, and seaweed are featured,” says Marketing Manager, Michelle Shelley. “This presents us with a fantastic opportunity to link up with the south African Association for Marine Biological Research (SAAMBR) to educate kids about the marine resources just down the hill,” says Shelley

The playground inspires hours of fascination for kids from as young as 4, up to 10 years old. The flow of the activities is designed to spark children’s curiosity and imagination. Moving around the 10m x 4m area, they encounter surfaces, objects and cavities begging to be explored.
As a free play area, children are able to manoeuvre themselves under, over, through and on the structures. “The Lighthouse and Ocean Play is made for kids to climb, balance, slide, crawl, and hang on. We encourage them to find their way around, play and have fun,” says Potgieter.

Venturing into the lighthouse through either of two entrances, children climb the spiral stairs before reaching the tower where they can view the surroundings, before sliding into the seascape below.

Twisting down the enclosed 3m slide, they slow down at an open section in the submarine world. Here they can stretch their bodies and imaginations and listen to the waves crashing.
Hammerhead shark
With its odd elongated head, this hammerhead shark is a friendly predator who likes to be played with. A local in our North Coast waters, the hammerhead shark can see far and wide thanks to the extra distance between his eyes positioned at either end of his hammer-shaped head.
“Ride on his back, crawl inside him and balance through him. That’s what he’s here for,” says Potgieter.

Swimming through the seaweed alongside the hammerhead, are two of the fastest, strongest fish to be found off our beaches. With their distinctive dark grey and yellow bodies, yellowfin tuna are shaped like torpedoes to outpace their prey and predators.
“We’ve included them as a well-known local species,” says Potgieter. “Children can move under, over, and around them, hanging and climbing on their replicated bodies.”
Seaweed and seabed
Seaweed stretches up from the ground, giving children something to hold on to for balance, or move around. Ribbons of colour track the currents’ swirling paths along the rubberised seabed.

As part of Gateway Theatre of Shopping, the playground is under CCTV surveillance but will not be managed by child minders. Parents need to watch their children as it is used at their own risk.
With children’s safety as a priority, the ‘seabed’ is constructed with specialised impact protection flooring. Fun to play on as it’s smooth and soft underfoot, the flooring is designed to cushion the body’s joints and ligaments.
Covid-19 protocols will be in place, including the wearing of masks, sanitising hands before entry, and social distancing.